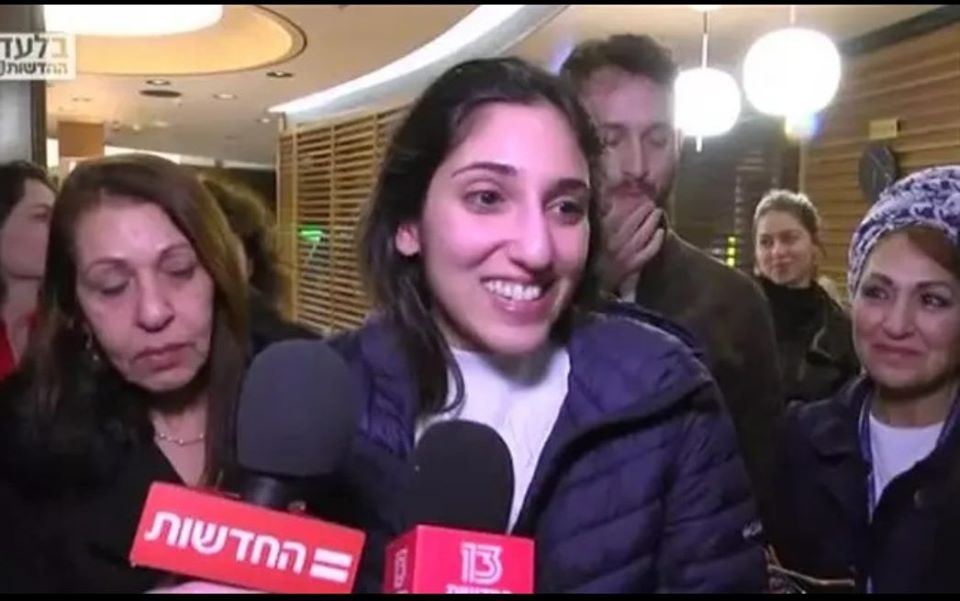 In this week’s Torah portion, the ninth plague that engulfed all of Egypt was an extraordinary form of darkness: “And there was thick darkness over the entire land of Egypt for three days; people could not see each other.” (Exodus 10:22-23) Our commentators explain that this was not only physical darkness, but spiritual darkness as well. Darkness like this prevails when people do not see each other since they are completely self-absorbed. The way out of this darkness is through a change in attitude towards others, as revealed at the end of the above verse: “but for all the children of Israel there was light in their dwellings.” When living with an overarching attitude of concern for others – “for all the children of Israel” – in place of a self-serving attitude, there is light.

There may be feelings of confusion surrounding the celebratory release of Naama Issachar. It’s possible to criticize the fact that she returned to Eretz Yisrael in the prime minister’s plane like a prisoner of Zion, someone deported to Israel from Soviet Russia after engaging in heroic Zionist activities. The media hysteria has seemed at times to be over the top. Yet, at the end of the day – we care. Even about a young woman caught in Russia with marijuana. We worry about her and she is important to us. Mutual responsibility for each other, redemption of captives, solidarity – these are the values that brought Naama from darkness into light. It’s better to be part of a nation that would go over the top in its enthusiasm over such a release than to be part of a nation that would not care if one of its citizens rotted in a foreign prison.

While criticism regarding an overreaction to this event may be justified, we should not minimize the values that underlie the enthusiasm expressed. On the contrary, if we exaggerated with Naama, let’s exaggerate some more. Let’s exploit this same energy that we now recognize is clearly within us for positive action. Let’s widen the circles of concern for the families of Hadar Goldin and Oron Shaul, soldiers killed in Gaza whose bodies remain there; let’s draw closer to the family of Avraham Mangitsu, an Israeli citizen with a mental disability who has been held captive since crossing mistakenly into Gaza five years ago. And, for that matter, let’s conduct serious outreach not only to all of our brothers and sisters living near the Gaza border but to all those around us who need our support. The more light, the better.

An eye for an eye?

Consulting with the Past and with the Future

The Most Important Educational Message

But to See Them Only