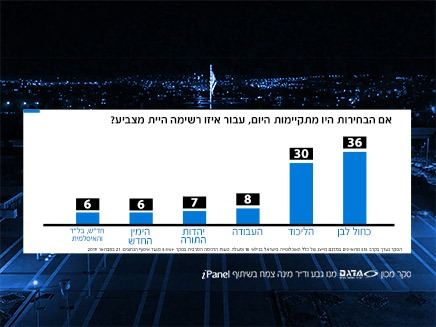 When the elections and police investigations are in the background, social worker Tal Lasser reminds us of something important at the end of this week: “In these crazy days, the concept of ‘a base’ (one’s followers and voters in politics; constituency) becomes a central concept in politics: ‘He is talking to his base’, ‘He is trying to convince his base’. That is, it is enough to talk to just one part of the public, to nourish their faithfulness to you and ignore all the rest of the people. This week’s Portion stresses the fact that Moshe speaks not just to one ‘base’, but: “And Moshe assembled all the congregation of the Children of Israel.” He presents to them two national projects: The Shabbat, which is observed by the whole nation, and the building of the Mishkan (Tabernacle), their spiritual center during the journey in the desert. He does not speak to a specific sector, tribe, current or party. The ‘base’ which he sees in front of his eyes is very wide, and includes the entire People of Israel. Also, the physical ‘base’ of the Mishkan, it’s basis and foundation, was made with a donation that was collected equally from everyone in Israel. Everyone gave half the shekel. Our Sages see a hint in this: everyone was asked to give half the Shekel, to remember that one is only partial and needs the other parts to complete oneself into one, wide, whole base. Shabbat Shalom”.

Who Wants to Be Number 2?