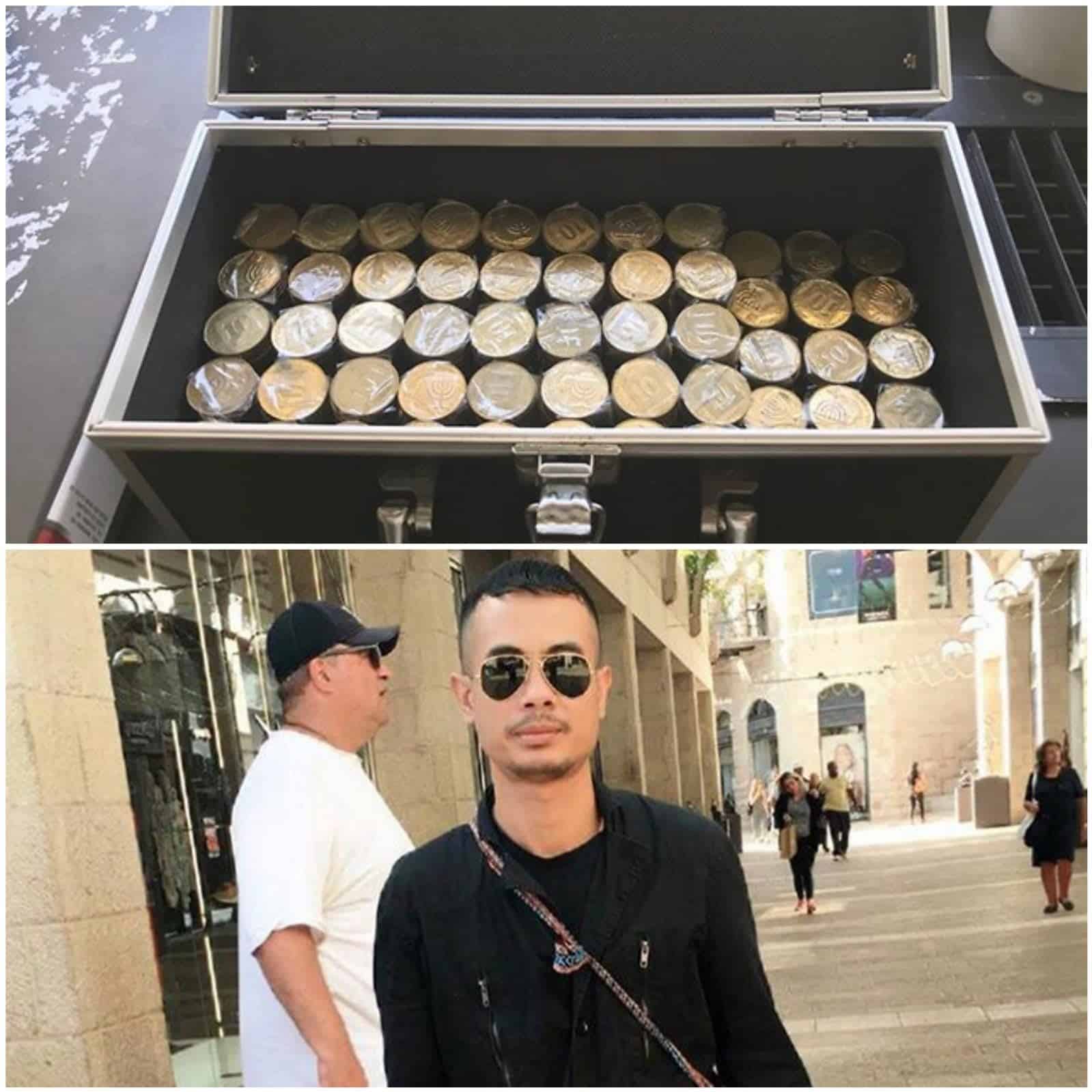 One of the principles in the book of Leviticus, which deals with sacrifices, is that even a small sacrifice brought by a poor person is important. Every single contribution is significant. Because the intention behind the sacrifice is no less important than its size. This morning, reporter Inbar Tvizer, posted the following wonderful story: Vi Kaofu from Thailand received a 5-year Israeli work visa to work at the Japan Japan food stand at Jerusalem’s Central Station.
While working there, he saw many lost teenagers, wandering around, drunk, and he decided to try to helo.
For years, Vi set aside all the 10 agorot coins (the equivalent of 3 cents) from his salary. Recently, before returning back home, Vi handed over a heavy suitcase full of coins to his supervisor and asked him: “Please donate this money to youth at risk”. Vi’s stuffed suitcase was passed over this week to the Elem: Youth in Distress in Israel, where they still haven’t finished counting all the coins inside. The total amount probably doesn’t come to more than a few hundred shekels.
But Elem’s response got right to the crux of the matter: “Teens at risk spend many hours wandering around Central Stations, because that’s the easiest for them to be invisible. Everyone’s in a hurry and rushing by, and no one stops to look at you. And suddenly Vi from Thailand comes to Israel and proves that, yes, there is someone who sees them.”

(in the photos: Vi Kaofu and his suitcase of coins)

The Chuppah of Ori Ansbacher HY”D

To travel, to camp, to be flexible

How to Relate to a Rebel