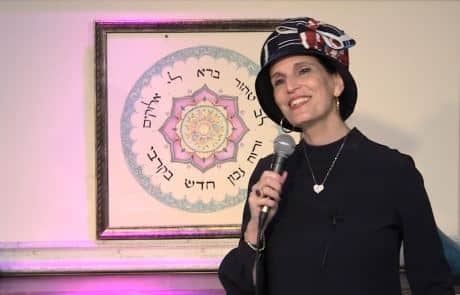 The 7th Day of Pesach is before us. There are commentators who claim that what happened on this holiday – the splitting of the Red Sea – was even more dramatic than the Exodus from Egypt and the giving of the Torah at Mt. Sinai. Why?

This is how Rabbanit Yemima Mizrachi explains it: “On the 7th Day of Pesach, the sea was split, a strong wind began to blow, and before the astonished eyes of the Israelites and the Egyptians, something happened that no one believed would: the sea split, the sea split! Yes, it was possible! And you are taking another step and another step and another step until you leave behind that path on the other side, and in the meantime, you have also left behind all the sorrow and all the troubles and all the enemy soldiers that had been chasing you…You really have to say ‘Shirat Hayam,’ The Song of the Sea, and imagine all that, like a painting. Paint yourself passing through the sea, your children bundled up close to you, not believing their eyes. Stepping between those transparent walls, you find your new path–to freedom.

Everybody needs a splitting of the Red Sea–for their finances, health, education, marriage, for their personal situation or their general, national situation. That mechanism worked back then and it works today as well: one has to believe that it is possible to change and to be changed. It is possible to leave the other side of the sea, to be released from suffocating constriction and to finally breathe free.” Happy holiday and Shabbat Shalom!

What can we learn from Rabbi Shimon Bar Yochai?

Bread to Eat and a Garment to Wear

What is Your Message?

Thank you, grandpa and grandma