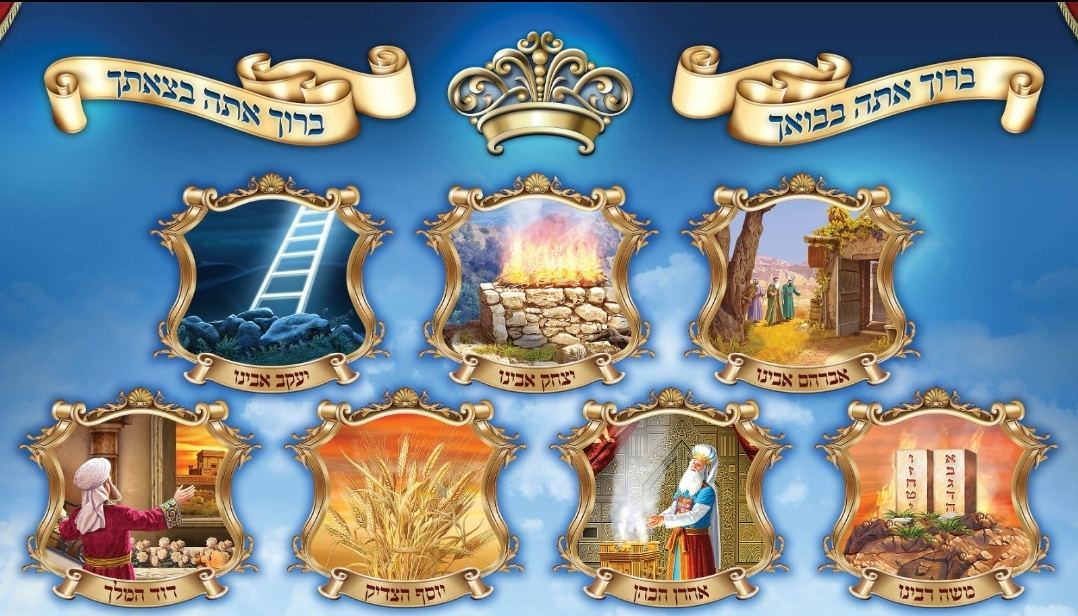 What secret can we learn this year from the Ushpizin (practice of inviting seven of Israel’s greatest figures to sit with us in the Sukkah)? To our dismay, we are not permitted to invite real guests due to the coronavirus, but the Ushpizim guests are still allowed, despite social distancing. Avraham, Yitzchak, Yaakov, Yosef, Moshe, Aharon, and David. Each night it is customary to invite one of them, beginning with Avraham on the first night, into the Sukkah.

So what is their message? When we look at the story of their lives, we see that they had to continually confront problems and crises. Avraham left his homeland and arrived in the Land of Israel. Yitzchak encountered enemies as he wandered over the Land of Israel. Yaakov fled to Haran, returned to the Land of Israel, and went down to Egypt. Yosef was sold by his brothers and wound up in an Egyptian prison. Moshe was hidden in a basket in the Nile River, grew up in Pharaoh’s house, continued on to Midian, and returned to Egypt. Aharon his brother wandered together with him for forty challenging years in the desert. And the life of David was full of wars and rebellions.

Our forefathers lived transient “Sukkah” lives without permanent homes. But despite all their wanderings and trials, they built and improved themselves in order to teach, to educate, to do good and so became significant figures, powerful and eternal. They did not put everything on hold until “after the crisis”, until “after the corona”. Just the opposite. They understood that the time is now, that life is lived within the maelstrom. Instead of waiting for peace and tranquility and then begin to do great things, they knew how to focus on what was important even while the world around them shook and trembled.

This is the message that would be worthwhile to bring with us into the Sukkah this year as we try to learn from our seven guests how to live and thrive during a crisis.

Rachel’s memory can light up the world

A Letter for Summer Vacation