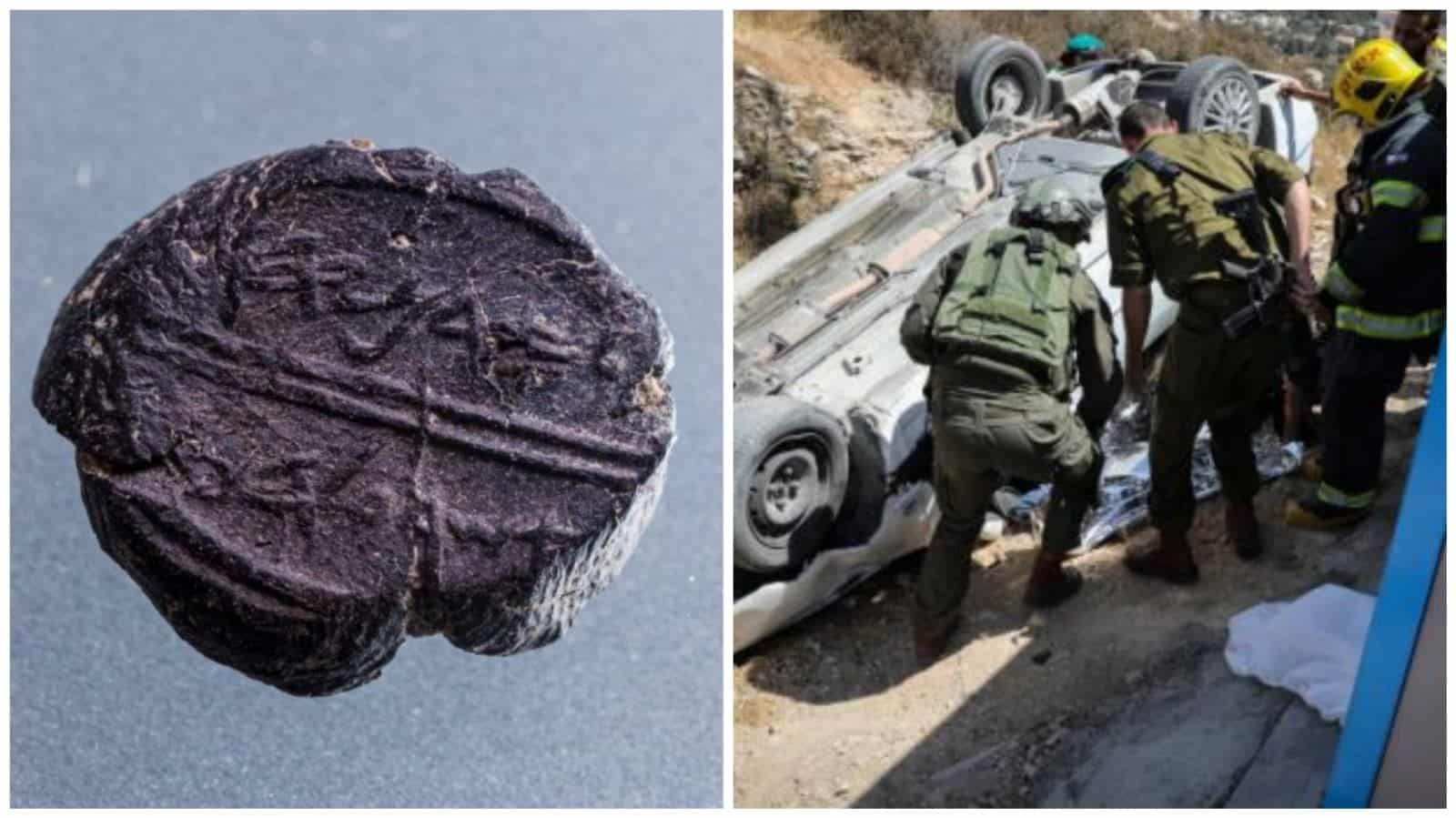 A week to the elections. Four weeks to Yom Kippur. Vociferous election campaigns, fake news and last minute spins might blind us from important news. Here are the two main headlines of today, in my opinion: Nahum Navis, 17 years old, regained full consciousness. Nahum was severely wounded in his head in a run-over terror attack near the community of Elazar in Gush Etzion three weeks ago, and went through a complicated surgery. Now he has begun to communicate with his family members and follow commands, and he even left the ICU. His family asks the public to keep praying for the full recovery of Nahum Elimelech Rephael ben Zehava Rivka, and thanks everyone for the care and support.

At the same time, in the City of David in Jerusalem, a stamp seal from 2,600 years ago was found, and this is an exceptional archaeological find. On the stamp it says: “Of Adonyahu who is in charge of the house” and it is signed by the head minister in the Kingly House of the Kingdom of Judah. Batya Offen, a volunteer at the Temple Mount Sifting Project, talked about the moment of discovery: “I started, as usual, to wash yet another bucket full of dirt with a stream of water, when I suddenly saw a little black piece. I couldn’t believe it – I was removing dirt, thousands of years later, from a ring of the period of the Kingdom of Judah, from the First Temple”.
Now we can go back to the election.

To Fix the World

The Way to Holiness -The Previous Generations

On Gratitude and Sensitivity

Not Ashamed to be Slow