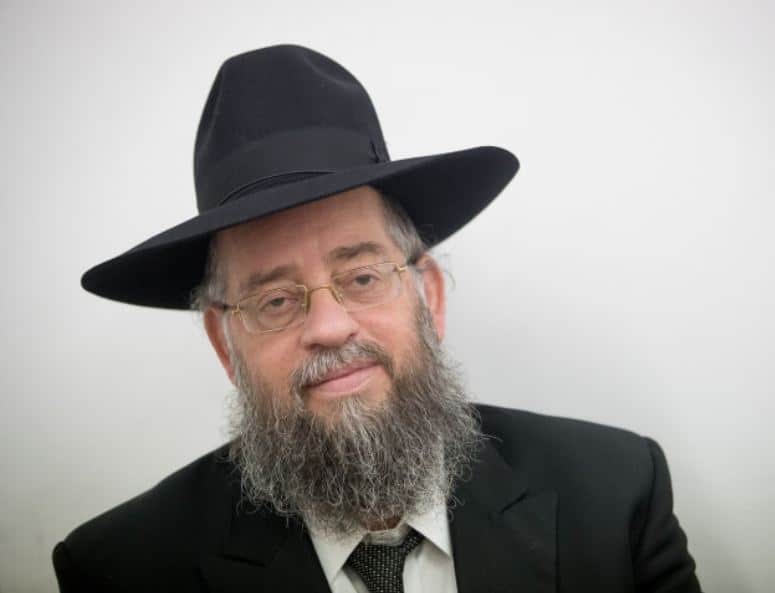 Two encounters made me realize what was special about Rav Yeshayahu Haber, founder of the “Matnat Chaim” (Gift of Life) voluntary kidney donation organization, who passed away last night from the coronavirus.
The first encounter occurred several weeks ago in a Jerusalem Hotel. 148 men and women were hosted on a festive Shabbat that was organized for all those who donated a kidney through “Matnat Chaim” in the last year. As Shabbat ended, one of the attendees shared with me a most fitting definition of Rav Haber: “There are people who face a problem and solve it only for themselves, but not him. Rav Haber once needed a kidney for himself and succeeded after tremendous difficulty in acquiring one. But when he no longer needed a kidney himself, he began to think about others who needed a kidney, too. He not only relieved his personal anguish but decided to create an organization that would systematically address the anguish of others who would face the same problem he did. That is how a person is supposed to look at the world — through the eyes of those in need.”

The second encounter occurred during one of the first television interviews that he gave when his organization had just been established. The interviewers in the studio were surprised at this new initiative of donating kidneys for free and they asked a simple question: ‘Why would anyone want to donate a kidney to a stranger for free?” Rav Haber’s answer was simple as well: “Because he is not a stranger. He is a brother.” Since then, as the years went by, he proved that Israelis who do not know each other, from all the different sectors of society and with many different lifestyles, are not really strangers to each other. They are better and closer to each other than it seems. They are prepared to give away a part of their body in order to save another person. We only need a person like Rav Haber to remind us of who we are.

Just last week, the 800th kidney was donated to an anxiously awaiting beneficiary through “Matnat Chaim,” a milestone the Rav had been looking forward to celebrating with great expectation.

Last night, at the age of 55, Rav Haber died from the coronavirus after saving the lives of hundreds of Israelis. The lives of many more will be saved in his merit.

The day will come

Alone at the Seder

One mission at a time