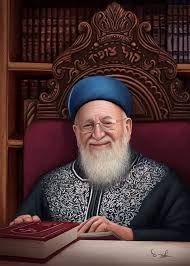 Ten years ago today Rav Mordechai Eliyahu, may the memory of the righteous be a blessing, passed away. Chief Sephardic Rabbi, rabbinical judge, kabbalist and above all — a father and an educator. His children tell the following about him:

Shehecheyanu (Who has granted us life)