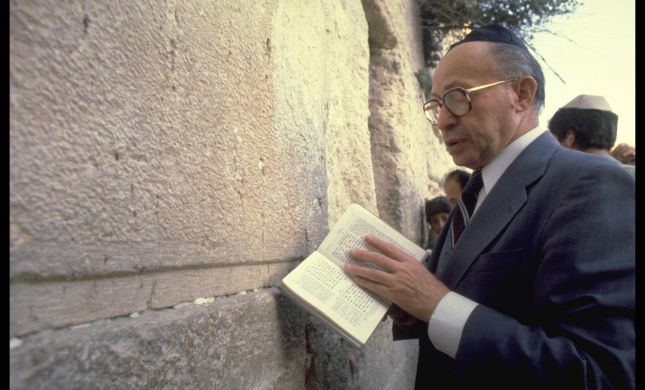 Twenty-seven years ago today, the 4th of Adar-Bet, Menachem Begin passed away. In my opinion, he left us three messages that are more relevant than ever:

1. No to civil war. In the past, battles between different camps were not held on Instagram, but with canons and blood. In the Altalena affair (a violent confrontation between Jews in which Ben Gurion ordered to sink a boat full of Jewish underground fighters in 1948), after Jews killed Jews on the seashore of Tel Aviv, Begin (who was commander of the underground) made a big decision – to show restraint, despite everything. It was as if he read on deck our stories of destruction, and decided to learn the lesson.

2. Not to be deterred by a long road. This number is inconceivable in the hectic political reality of today: Begin sat in the Opposition for 9,490 days, and waited. There is no precedent for a leader who had lost eight elections and won the ninth. This is a great lesson about perseverance, devotion, toil and patience – his and his voters’.

3. Judaism. The generation before him tried to start a revolution – from the Tanach (the Bible) to the Palmach (an underground army), without the “diasporic” Judaism which would get in the way. Begin started fixing this. Zionism is not a revolt against Judaism, but its natural offshoot. This is why he often said Baruch HaShem and BeEzrat HaShem and fought for the honor of the Shabbat and of conversion. Vast segments of the population who were socially excluded (former underground fighters, Haredi people, Jews from Arab countries, people who keep tradition) got a respectable place in society thanks to him. In his will he asked not to be buried in Helkat Gedolei HaUmah (the burial place of the great leaders of Israel) on Mt. Herzl, but on Mt. of Olives, “near the underground fighters, as a simple Jew”.

Before going out into the world

Who needs a nation?

The Special Package You Received

The little details in the big picture