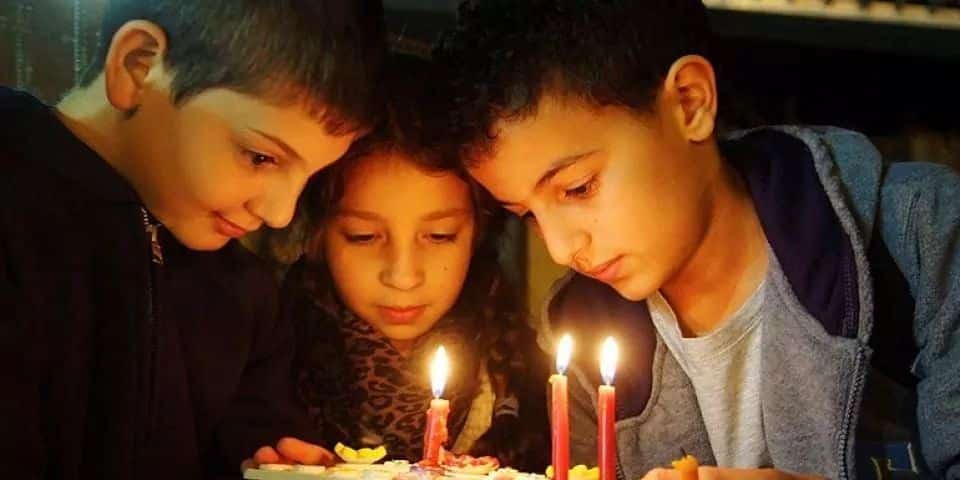 Since our shlichut began in America, we are just out of it, not in the mainstream, especially during the holidays. Over here, it’s not our party, not our celebration. At the beginning of our stay here, I saw a pumpkin next to the front door of almost every house and scary costumes. Halloween, nice to meet you. Next, turkeys and a multitude of invitations to “Thanksgiving Dinner” that reminded me of when we ask: “Where will you be going for the Seder?”. And now the climax. The clerk in our local Target store told me: “From Black Friday (the day after Thanksgiving) until January 1st, we can only play Christmas songs. It’s one of our rules.” I almost started humming Santa Claus tunes myself on the way home. I did count a few menorahs displayed in front windows, but they were minimal  compared to the numerous reindeers and sleighs and trees.
Steven Spielberg once said in an interview how he wanted, as a child, to decorate his house: “Our house seemed like a black hole in a neighborhood of light,” he confided. “I begged my father to let us be like everyone else. I felt like a Jewish alien and was ashamed of who I was. I wanted to be a non-Jew with the same burning desire I had to be a movie director.”
I painfully read these words, full of admiration for Jews throughout the generations who kept their identity with love, despite being a small minority within a flashy and glittery majority culture.
There is only one land where the party and the celebration are all our own, only one land that pulsates with a Jewish rhythm. Over the last few months, I have learned to appreciate.

To Awaken His Mercy

Sometimes an afternoon nap is a mitzvah