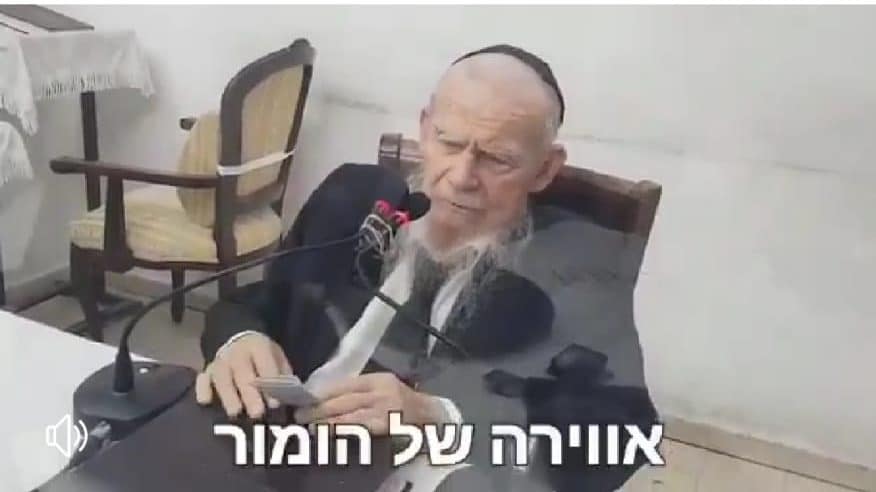 When he was asked for his advice for the Sukkot holiday, which is called “the time of our rejoicing,” his answer included the word “humor” several times as he emphasized that there must be an atmosphere of good cheer at home:

“Because of the current situation there are definitely hardships and we need to carefully observe the restrictions in place, but we can still make certain that an air of pleasantness prevails. Humor. To always include humor and to avoid a serious demeanor. To create a pleasant, humorous atmosphere. Not silliness, but humor. An atmosphere of joy.”

How simple, but not so simple. May we Strengthen ourselves through humor.

A Culture of Chessed and Pioneering

It’s not just about…