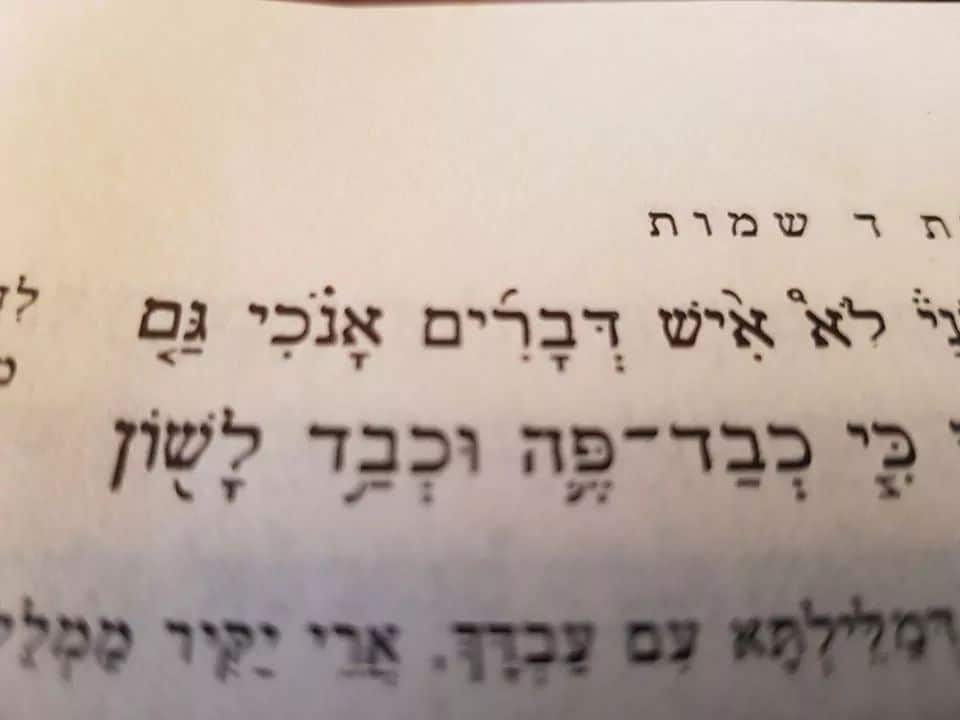 In a generation of attention deficit disorder and learning disabilities, we should never forget the fact that Moshe Rabbeinu was a stutterer. In this context, I received the following dvar Torah from Rav Yossi Knopfelmacher, principal of the “Netivot Moshe” school in the community of Kadimah:
“The Torah does not hide Moshe’s disability. Just the opposite. It is written explicitly that he was not perfect. He has ‘a heavy mouth and a heavy tongue,’ and he confesses that ‘I am not a man of words’. Let’s imagine a child who has difficulty speaking and expressing himself, especially in public. What sort of thoughts preoccupy his parents? They surely ask themselves: ‘What will become of him? How will he grow up and develop normally and raise a family?’. As opposed to these gloomy prognostications, what does the Torah teach us? We learn that Moshe Rabbeinu, whose speech was initially all but unintelligible to those around him, accepted a mission upon himself – which he gladly shared with his brother Aharon, who assisted him every step of the way – and succeeded. Moshe became the paradigm for a leader, the greatest leader that human history has ever known. The person who admitted that he had difficulty enunciating words or speaking became the greatest prophet of all time, taught the people Torah, and has not stopped speaking to us until today…
Moshe’s life is inspiring and reassuring to children with learning disabilities and to their parents. We do not run the world. There is awesome hidden potential in every child. The initial diagnosis of a deficiency does not conclusively determine the future of anyone”.

We Have a Message

Towards the New Year

The Soul Has to Make Aliya, Too

A path that leads to happiness

How do you make the journey?