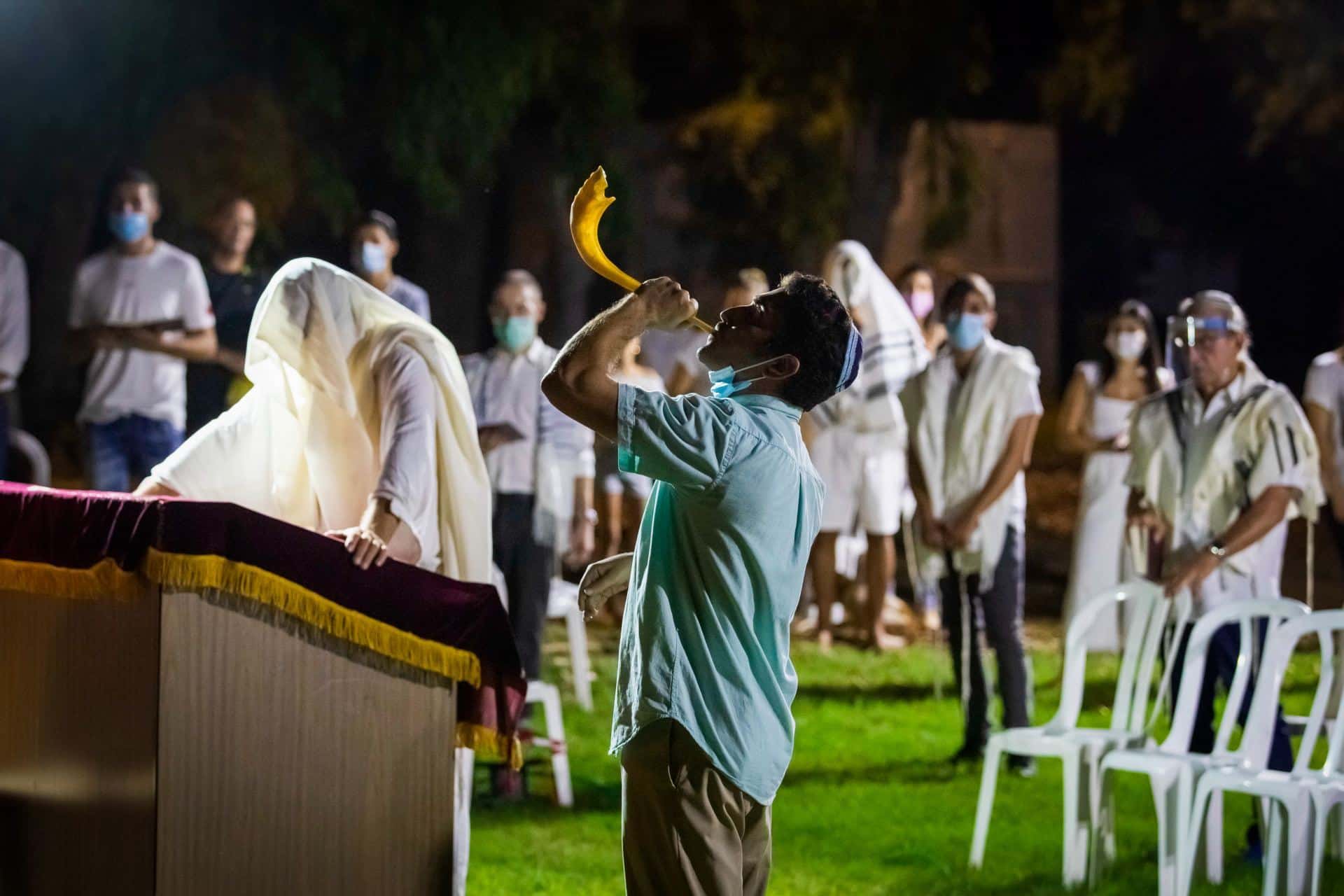 The Kol Nidre prayer was heard in a parking lot. Chaim Adler, the world famous cantor, was accustomed to chanting it in lavish synagogues, not amidst gas storage tanks and apartment mailboxes. After the shortened prayer service concluded, he remarked that the last time he was compelled to shorten Yom Kippur prayers was in 1973 when the gabai (synagogue manager) approached him and told him to make haste since war had broken out and, soon thereafter, Adler himself was called up to fight.

The Shacharit and Mussaf prayers I prayed at home near the air conditioning unit, far from the hot sun. From the window I saw a strange sight: people carrying plastic chairs, sitting down under the many shade structures that were put up throughout the neighborhood. Was this Yom Kippur sad and pathetic or emotional and powerful? One thing was clear: this was one Yom Kippur that would not be forgotten.

During the Mincha prayer they called my husband to be the tenth man in a minyan for neighbors who had entered isolation moments before the fast began. It was one of the many improvisations that have characterized these unusual days. Ten men standing under a window and raising their eyes to a neighbor on the third floor. This neighbor spoke before the prayer and said that we have been focusing in our prayers, again and again, just on the corona. We shout the words, “Our Father, Our King, keep plague away from your inheritance.” But we should really be asking for the final redemption, a world of absolute change, and not to make do only with prayers for finding a vaccine.

The closing Neilah prayer I attended in a public park. It had already grown dark. The challenge was to find an illuminated place under a street light and still maintain social distance from the rest of those praying. And still not trip over the many children’s toys scattered about. At the end of the street I saw Professor Raanana Meridor, 97 years old, Jerusalem’s dearest lady. Every year since the liberation of the Kotel, the entire Meridor tribe walks to the Western Wall on this day. This was the first time in 53 years that she did not go. The corona kept even this grand lioness close to home.

At the end of the fast, people gathered on their balconies, others stopped their fitness run or walking their dog in order to hear the sound of the shofar. Yaakov Bergman – a neighbor who like many others suddenly became prayer leaders, rabbis, and public speakers because of the many small prayer services that required them to fill these roles – told the assembled that there are two models for repentance, for self-improvement: Avraham Avinu changed his life without any external circumstances compelling him to do so. Jonah the prophet, on the other hand – whose story we read on Yom Kippur – awakened only after he was thrown from a ship during a storm. Up until half a year ago, our lives were tranquil and we thought there was no reason to change. The corona is now the storm in which our lives have been tossed and this is our opportunity to wake up, to think about what needs to be changed, and to improve ourselves.

The Kindergarten Teacher of the Jewish Nation

To listen and lighten their load

What should we do?

Eulogizing Rabbi Sacks is not enough