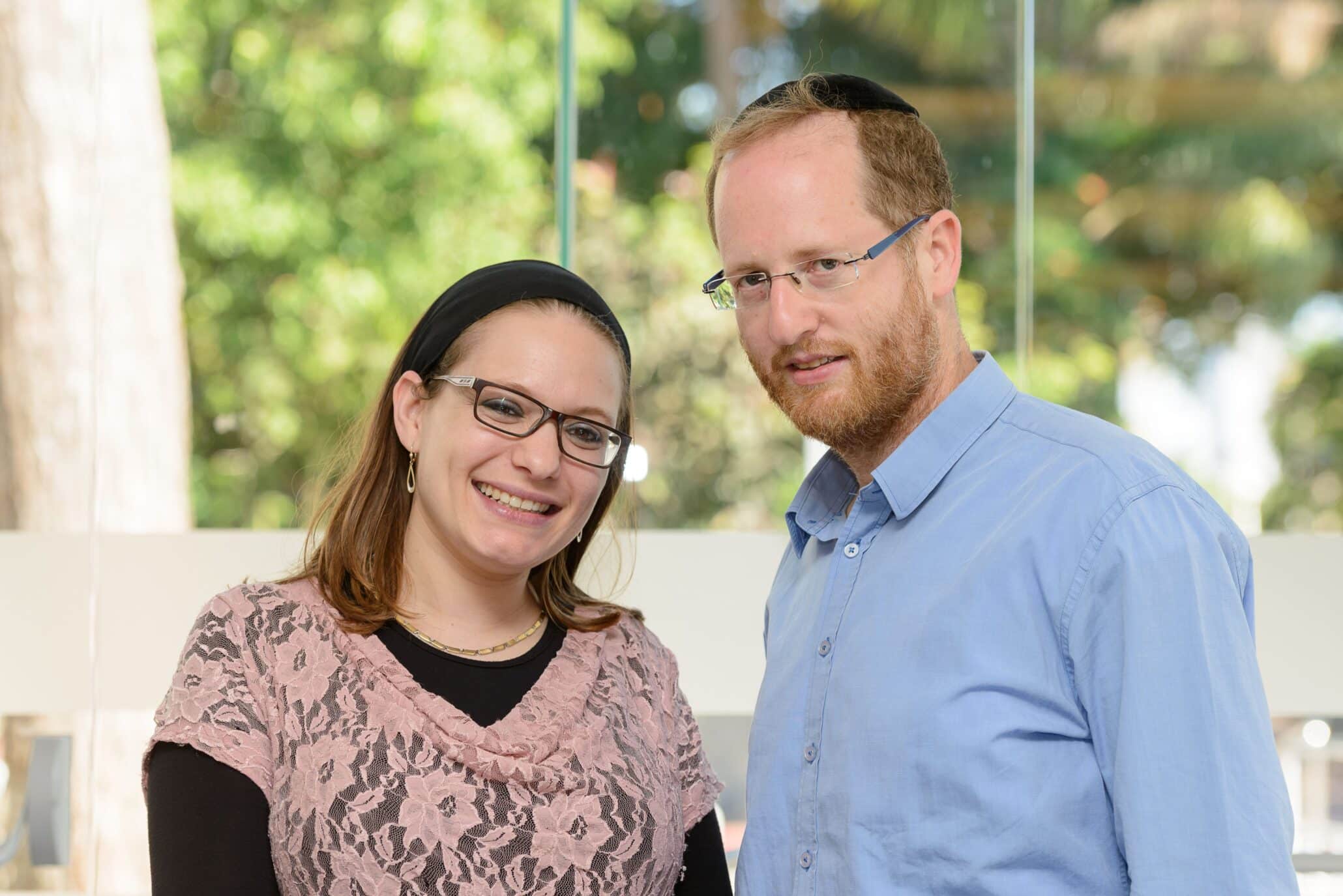 Last week I went to Montreal all by myself. Yedidya, my husband, stayed with the kids in New York.

I was posting and doing live broadcasts and a lot of reports, and everyone was texting me “Wow, great job! Good for you! You are amazing!” So I was getting all this flattering feedback: “Wow! How do you it?”

At the same time, my husband Yedidya was at home with 5 kids, waking them up, getting them ready for school, making sure they got dressed or dressing them, making ponytails (awful ponytails…). Preparing snacks, sandwiches, packing and arranging everything, signing all their homework, running together with all of the kids to make the yellow school buses to 5 different schools (baruch Hashem, they made it).

Nobody texted Yedidya. “Wow, great job! Good for you! You are amazing!” Even though, what he did there, as a father to his children, is much holier and much more important. Much deeper, much more essential. But there are no likes there.

Avraham Avinu is the most influential person in the world, until today. If there was a true “chart of the influencers,” he would be at the top. Christianity, Islam and, of course, Judaism, and the rest of humanity, too, have been influenced by him. But in practice he did not command any great army, did not perform any miracle, and did not make any prophecy. We have no stirring speech from Avraham to remember by heart. He is the outstanding historical example of influence without physical force. Here is the only sentence that the Torah provides for us, in an attempt to demonstrate why he was chosen:

For I have known him because he commands his sons and his household after him, that they should keep the way of the Lord to perform righteousness and justice. (Genesis 18:19)

This is astonishing: Avraham was chosen because he was a good father to his children, because he cared about his family, because of the instructions he gave to them and to other members of his household – and to us as well. We, too, call him Avraham avinu, our father Abraham. It’s not written that he fights for social justice in the world but he is doing it, first of all, inside the home. He doesn’t just speak in public. He begins by educating at home, in the living room and in the kitchen. And our national hero fights, first of all, for values meant for the members of his family in order that they would pass these values down to their families, and on and on, until they reached us, too.

This is a revolutionary approach. We know that many great leaders led miserable personal lives. Their influence was felt throughout the world and they were widely admired, yet they behaved badly toward their wives and children. Here we find a different focus. The task of parenting, of raising a family, is Godly. It is the primary mission of a Jew.

Rabbi Jonathan Sacks writes: “The great scenes in Abraham’s life – waiting for a child, the birth of Ishmael, the tension between Sarah and Hagar, the birth of Isaac, and the binding – are all about his role as a father. Judaism sees parenthood as the highest challenge of all. To know the mind of G-d, we do not need theoretical physics. We simply need to know what it means to be a parent.” This is not something natural, but it is a holy mission. Avraham is, first of all, our father and Sarah is, first of all, our mother and this week’s Torah portion reminds us that being a parent is an all-important calling in our lives.

Democrats, Lieberman, and the political future

Trump gets UNRWA better than Israel does

Trump, Kim and the Jewish spirit of change

He’s an ultra-Orthodox rabbi, she’s a secular Jew. They share a goal

Israeli society in 2018: Some important statistics